I am thrilled to be hosting a spot on the MOTHER OF THE RIVER by Emily McPherson Pre-Order  Blog Tour hosted by Rockstar Book Tours. Check out my post and make sure to enter the giveaway! 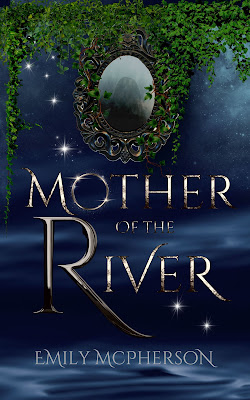 Title: MOTHER OF THE RIVER (Protectors #1)

Inspired by traditional Irish Mythology, Mother of the River tells the story of a 17 year old girl in search of her missing mother when she stumbles upon a forgotten legend.

Ianthe was only six years old when her mother vanished and the strange statue appeared in the river near her home. Now, eleven years later, the statue stands as a memorial and a place where Ianthe often visits to tell her mother about her life. But when an old acquaintance returns to town and suggests the statue isn’t just a statue, the presence of a mythical creature comes into question, and Ianthe begins to wonder what really happened all those years ago.

With her best friend Fintan by her side, Ianthe searches for a lost legend and discovers fantastical dangers, family secrets, and the magic of Ireland. But finding the myth may not be enough to mend the past. And finding the truth just may threaten her future.

Mother of the River excerpt

They peered over the edge of the cliff, relieved to find that the waterfall wasn’t too high, but it was wide and fast. Ianthe looked to the riverbanks, hoping to find a big wooden sign sticking out of the ground that said, “Bones of a Monster: Hidden Here.”

“There,” she shouted, pointing below.

Although there was no wooden sign, there was a brown patch of forest surrounded by rose bushes and void of the thick moss, which covered nearly every other inch of the riverbank in green. Ianthe lowered herself over the cliff and scaled the rocks, followed by Evander and Fintan. They rushed to the patch of dirt and immediately began stabbing their shovels into the ground, removing bits of earth. To their surprise and great relief, the bones weren’t buried all that deep.

“It’s not even a proper burial,” Ianthe said, flinging more dirt behind her.

“By the looks of things, I’m not sure she was buried at all, darlin’,” Evander said. “Looks like only time covered her.”

“No. I don’t think so anyway. I just mean…” She stabbed her shovel into the dirt with a frown, feeling a weight on her heart, and gestured to the sorry excuse for a grave plot. “Well, everyone should have a proper burial. Don’t you think?”

Fintan shrugged and continued to dig as Ianthe adjusted her grip around her own shovel. A few quiet minutes passed before any of the white bone was discernible in the dirt.

“I think I found the skull,” Ianthe said.

“No,” Evander scraped some dirt away, revealing a full face. “I’ve definitely got the skull.”

She dug a little more and uncovered a second skull, much smaller than the first.

“…a child?” she finished Evander’s thought.

The three of them stared at each other for a moment of disbelief.

“Hurry,” Ianthe said as her eyes narrowed in on the bones, “keep digging.”

They all dropped to their knees and began uncovering the rest of the bones by hand. Ianthe grabbed the bucket they had brought to transport the bones and reached for the larger skull. Her hand had barely touched the brittle surface when a low growl sounded from behind the waterfall. She snapped her hand back to her side and shrank further down.

“Did you hear that?” she whispered. 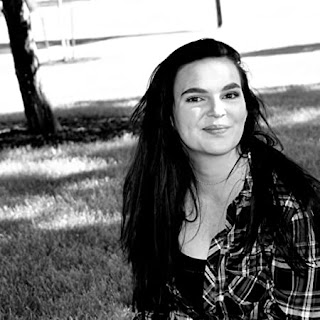 Emily McPherson is an author for young adult readers with several fantasy projects in the works. As a member of the LGBTQIA+ community, she strives to normalize seeing characters of the rainbow on the page without harmful stereotypes. She is an Irish dancer with a slight obsession with mythological creatures. She lives in Connecticut with her husband, son, and – the real mythological creatures – her two rescue pugs.