Design a site like this with WordPress.com
Get started
Skip to content
One Blessed Momma Book Tour, Giveaways February 3, 2022 5 Minutes

I am thrilled to be hosting a spot on the BFF: A STORY ABOUT BULLYCIDE by Lindsey G. P. Bell Blog Tour hosted by Rockstar Book Tours. Check out my post and make sure to enter the giveaway! 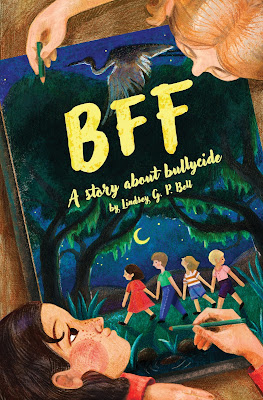 Title: BFF: A STORY ABOUT BULLYCIDE

Thirteen-year-old Abby and her father have just moved from a leaky old sailboat in California to an inherited mansion in South Carolina, and Abby does not fit in. This is the story of the summer adventures she shares with new best friend, Hollis, and two boys from their class rescuing an injured heron. But when school begins, Abby is shocked to learn that Hollis is a bullied outcast…who, pushed to the limit, takes her own life—a phenomenon known as bullycide. BFF attempts to portray that being targeted doesn’t mean there’s anything wrong with you, suicide is NOT the answer, and if you’re struggling, tell as many people as necessary until you get help. You are interesting and worth it.

“Both adult and teen readers will be moved by this poignant story and find it a valuable resource in discussing and countering bullying. Great for fans of Jennifer Niven’s All the Bright Places, Jay Asher’s Thirteen Reasons Why.”- BookLife by Publishers Weekly

“BFF: A Story About Bullycide touches on the perils of teen depression, bullying, and suicide. Told in Bell’s lyrical and unique voice, this story is a compelling read for teens and parents of teens.”- Leigh Medeiros, Author of The 1-Minute Writer

“As a mom I was concerned about the appropriateness for my children, but upon completion of BFF found myself wanting all kids to read this to understand the gravity of their actions. Bell takes a subject that can be controversial and weaves a beautiful story. You will fall in love with the main character and be immersed in every page. I would recommend this book to everyone—adults and children alike!”- Anneliese Tomlinson, CFI and mother of two teenagers

Excerpt from Abby’s reflecting on Hollis’ suicide from the end of the Epilogue/book:

I never had another friend like Hollis. Though I think I sensed I never would on the first day when we shook hands. And when I think back, all I see in people like Lexie Cross, Ava Finn, and Leah Montgomery is the fear and emptiness that they were desperately trying to fight off by coming after us. There was nothing wrong with Hollis or me. We were the lucky ones, the ones who could have the time of our lives sitting up all night in the middle of nowhere waiting for a bird. And even if people thought we were ugly, fat, weird, disabled, too smart, too slow, too short, too tall, too poor, too freckled, too skinny, the “wrong” religion, the “wrong” color, the “wrong” sexual preference, the “wrong” gender, flat-chested, too booby, sexually active, hyperactive, or just plain annoying, we had each other. And if we had just stuck together, things might have ended differently.

There’s so much I wish I could go back and tell Hollis on that fateful night. At thirteen, school and Lexie felt like they would go on forever, but the older I got, the faster the days passed. I’ve been out of school now much longer than I ever had to be in it, and I’ve been able to fill my orbit with some really kind, adventurous, creative, funny people who understand and appreciate me.

There really have been countless thrill-and-three-quarters moments peppered into these many years, but the thing I’m most grateful for is the opportunity to share my story. I can’t undo the painful things that happened to me, but maybe by choosing to stick around I can use them to help somebody struggling down Hollis’s and my old path see that suicide is a mistake.

If only Hollis had told someone that she was considering it….

She would have loved all of this. 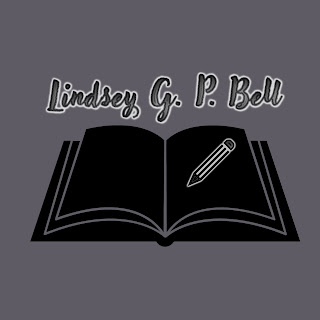 Lindsey G. P. Bell’s life has been as exciting and full of adventure as one of her books.  Born to a father named Peter and a mother called Wendy, she was very nearly named Tinker Bell. It was the first of many bullets she would go on to dodge.

As a young child in Washington, D.C., her great loves were the Smithsonian Institution’s museums of Natural History and Air and Space. Ms. Bell’s earliest life dreams were to someday live in a natural history museum and fly airplanes.

While working in wildlife rescue, a friend introduced her to the now-late Grizzly Man, Timothy Treadwell. Tim and Ms. Bell began dating, and he invited her to join him camping with the wild brown bears, foxes, weasels, wolves and moose in the remote Alaskan wilderness. There, her love of seaplanes and all things natural shone. She was blessed to swim with wild bears, have mother bears (sows) nurse their cubs nearby (they purr!), and play something akin to Capture the Flag with red foxes. After spending portions of two summers in the wilderness with Tim, she embarked on three solo expeditions whereupon she’d spend her nights copiously journaling the day’s adventures. This felt like living in a natural history museum, and the discipline of writing daily led to penning her first children’s book.

After dabbling in weathercasting, acting, and improv, Ms. Bell began poking the stand-up comedy bear. Though she enjoys writing the material more than performing it, she can still occasionally be found around Los Angeles at open mics.

In addition to BFF: A Story About Bullycide, she’s completed drafts of seven children’s books, a novella, and three non-fiction volumes detailing her Alaska expeditions.  Between 2004 – 2006 she co-wrote a screenplay about the late Grizzly Man with Rebecca Dmytryk. An article about it appeared in the November 16, 2006 edition of the Malibu Surfside News. Her spoof essay on The Lorax was published in the October 2013 edition of Writer’s Digest. And in 2019, her short story The Call, The Call of Duty, and The Call Home placed ninth (out of fifty finalists) in the Inspirational category of the Writer’s Digest Annual Contest. She is currently working on a thriller.